Stop letting these common misconceptions hold you back from making the switch to the energy- and money-saving potential of solar power. 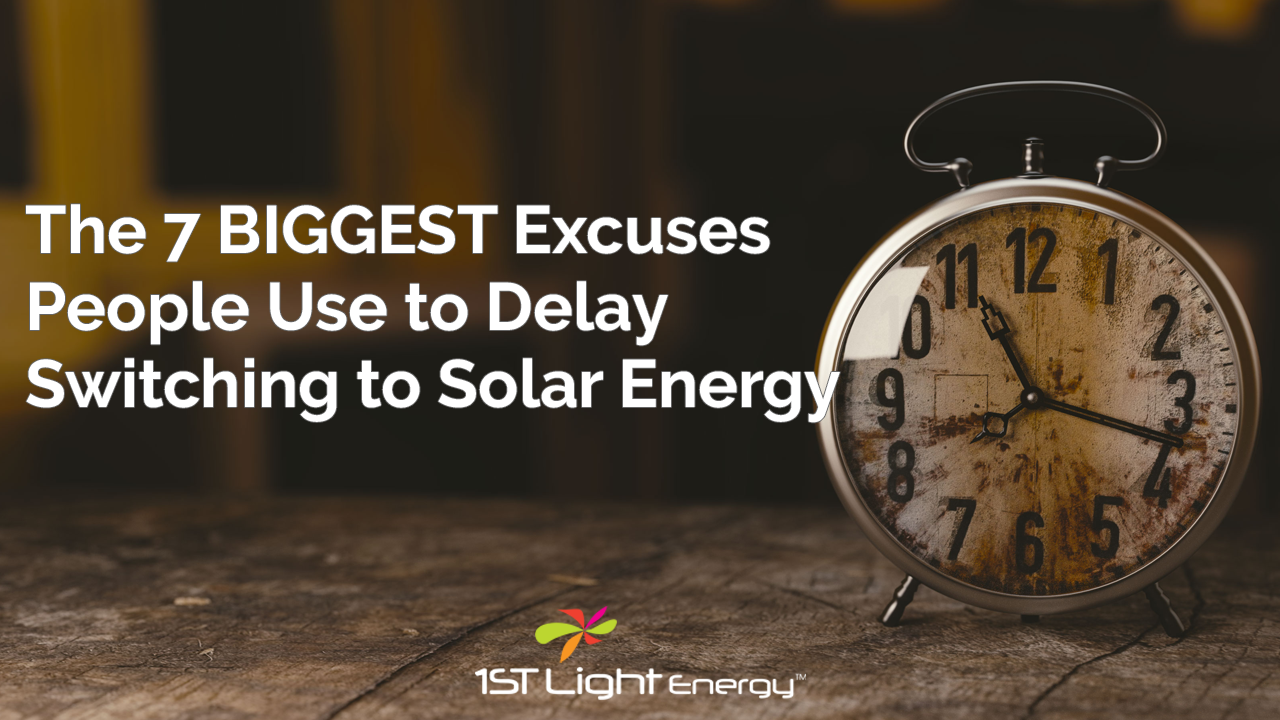 When people aren’t sure about making a big decision in their lives, they usually tend to procrastinate on it.

They think the answer to their options will hit them like a stroke of inspiration and all the research they did, pro and con lists they made, and articles they read will finally make sense.

Until this moment of genius, people hold on tightly to one or more “logical” reasons for delaying their decision.

If you find yourself thinking it’s not the right time to switch to solar energy, you may have a similar plan of inaction.

But a lot has changed in the solar world since you first heard about how it works to save people money every month. Solar is better — and more affordable — than ever before.

So let’s see if any of these common misconceptions about solar energy have been holding you back from the energy- and money-saving awesomeness of solar power.

1. My Home Doesn’t Get Enough Sun for Solar Energy

One of the biggest myths about solar energy is that you need to live somewhere that’s always sunny for it to work.

People automatically assume sunshine-abundant states like Florida and California are better for generating solar energy than states with less-than-perfect weather.

But this couldn’t be further from the truth.

UV rays are present whether it’s an Instagram-worthy blue-sky day or rainy and overcast out.

That means your weather doesn’t matter as much as the positioning of your solar panels.

It’s the strength of the sun’s UV rays on your property and how many hours your solar panels get to capture those UV rays that matter most.

As long as your solar panels are soaking up as much energy from the sun as possible, they’ll help you generate power to offset your electricity bill.

Check out the top 10 solar states according to the Solar Energy Industry Association (SEIA) and you’ll see that solar energy doesn’t prefer one specific climate over another:

Most of these locales aren’t known for their sunny 24/7 weather and yet they’re crushing the solar energy market.

And the top performing countries for solar energy may also surprise you by their lack of constantly sunny weather:

The reality is, solar panels actually perform best when the weather is cooler. Their efficiency is higher when they’re not baking in very hot temperatures or spending too many hours in extreme sunlight

Only a solar energy expert can tell you how conducive your property is for solar energy so don’t count your place out yet.

You may be able to capture a lot more sunshine than you think your property receives.

2. It’s Too Expensive to Switch to Solar Energy

“97% of Americans overestimate the cost of solar panels,” according to The World Wildlife Organization.

Are you one of them?

While solar panels used to only be for the rich and environmentally-conscious, the recent demand for clean energy has caused a spike in popularity.

Mass production of solar panels overseas has resulted in lower overall prices across the board. Solar panels have dropped nearly 80% in price since 2008.

That’s not even 10 years of progress to bring costs down so solar panels are more of a mainstream energy option instead of a luxury upgrade.

Even though your procrastination may have paid off in one regard (the price of solar panels has never been as low as they are right now), that won’t always be the case.

As the market continues to saturate, solar panel manufacturing will stop so suppliers have a chance to sell off their inventory.

Take advantage of the current glut and snag your solar panels while they’re still priced competitively.

And don’t forget that every state offers different credits, incentives, and rebates for switching to renewable energy like solar power.

Check to see the discounts you qualify for before pricing your options.

These will give you the fastest, easiest way to lower the cost of your installation and help you earn a better ROI.

And if the upfront cost of a solar installation is really the only reason holding you back from switching to solar energy, you can always go with a residential solar lease.

For little or no money down, you’ll have a solar system installed on your property so you can start saving money on your electric bills immediately — no big upfront installation costs to keep you up at night.

Of course this may disqualify you from the state incentives of owning a solar system, but you’ll still be able to lower your electric bills — arguably the biggest perk of going solar — as we’ll talk about later.

It’s true that your solar panels don’t work at night or when it’s super cloudy outside.

If you live somewhere prone to dark and stormy nights, you may feel a little uneasy about relying on something so tied to the sun for your power.

But that’s why most homeowners who go solar still connect to the reliability of the power grid.

After installing your solar system, your solar panels will generate electricity during the day. Because solar energy is so efficient, you’ll most likely generate more electricity than your home can use in a single day.

This extra energy gets sent back to the power grid (and to the electric company).

The electric company will then distribute the energy you’ve contributed to the grid to the other homes, businesses, etc. in your area.

At night when your solar panels aren’t generating power for your home, or when a mega thunderstorm is raging outside your window, you’ll still have electricity thanks to the power grid.

If solar energy was so unreliable, the U.S. Department of Defense probably wouldn’t be one of the largest consumers of solar energy in the world.

4. Solar Energy Won’t Reduce My Electricity Bills That Much

Though most people see a return on their solar investment in four to six years, you may be able to cut your electric bills in half or even eliminate them to save a bunch of money in the short term.

Since you’re still connected to the power grid, you’re going to be charged for the electricity your home uses.

But since you’re also producing energy for the electric company, you’re going to pay a lot less for the energy you do use.

The process is called net metering. 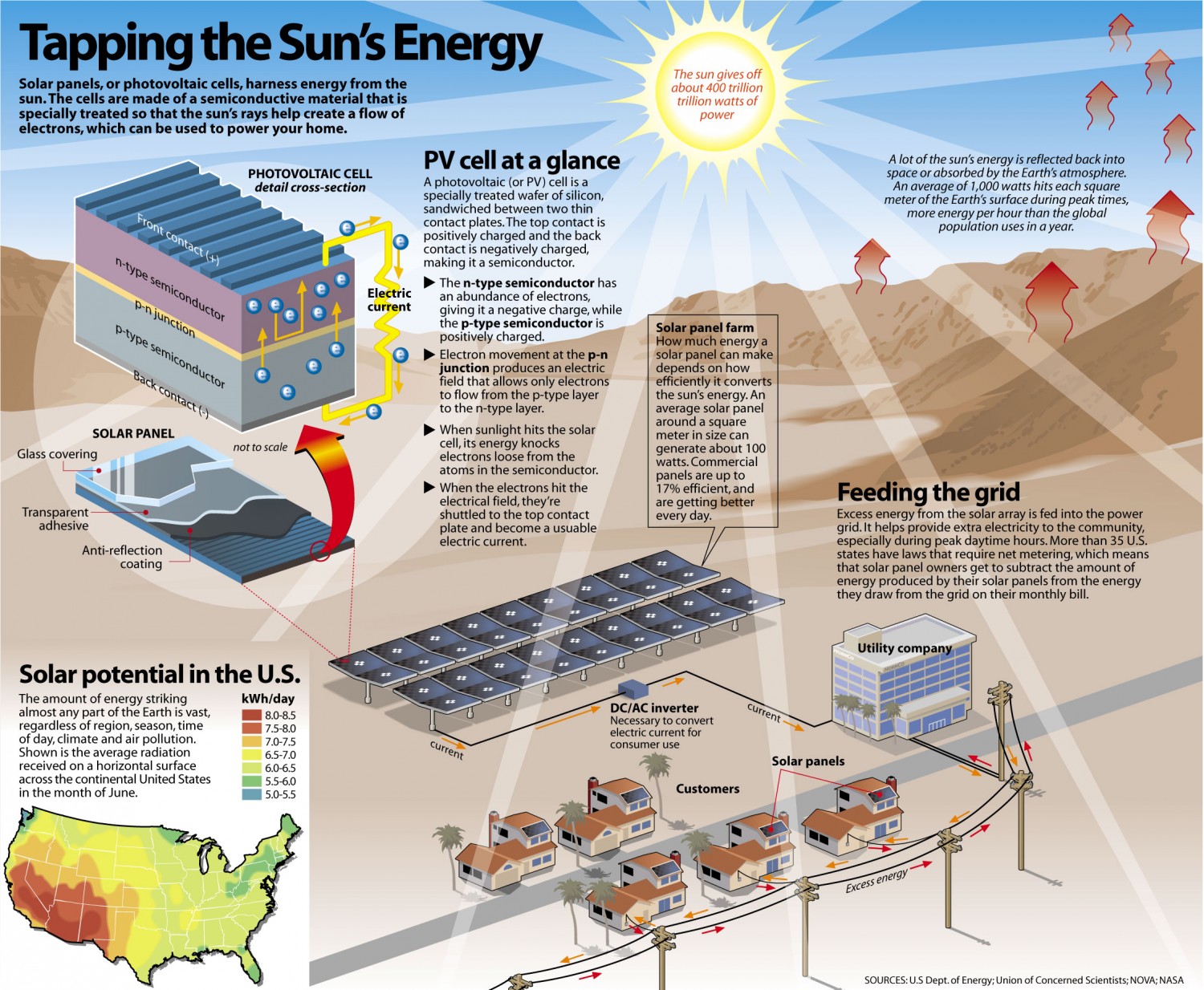 It means the electric company takes the difference between what your solar panels generate minus the energy your home uses.

The net amount is what you’ll be charged.

In most cases, solar panels create so much energy homeowners can either completely eliminate their electric bills or make them so small they’re close to it.

[bctt tweet=”Solar panels create so much energy homeowners can either completely eliminate their electric bills or make them so small they’re close to it.” username=”1stLightSolar”]

5. Solar Panels Will Ruin My Roof and My Property Value

There are even solar panels that look like roof shingles to hide their utilitarian nature by blending with the aesthetic design of your home.

With so much demand for attractive solar panels, manufacturers are listening and producing efficient options that add major curb appeal.

When the U.S. Department of Housing and Urban Development studied the effect of solar panels on property values, they learned that for every $1,000 you save in annual electric costs with your solar system, you’ll earn an additional $20,000 in home value.

6. Solar Panels are Difficult to Install and Maintain Over Time

Unless you have training for solar panel installation, it’s not the smartest DIY to take on yourself.

An experienced technician from a trusted solar energy company will handle the whole process for you so you get it right on the first try.

Once installed on your property, solar panels are easier to maintain than your car.

There are literally no moving parts on your solar panels so they’re way less likely to break down when you compare them to dishwashers, A/Cs, and other everyday appliances.

Just keep them free of debris that could block sunlight from hitting the panels, like falling leaves, snow, bird droppings, and pollen, and they’ll continue to work for you.

Since solar panels hardly ever need to be replaced, you can expect your installation to last the next 20–30 years if it’s properly maintained.

And if you’re leasing your solar energy system, you don’t have to worry about a thing.

Your solar energy provider will take care of your solar panels and make sure they’re running at their best all the time.

Using state-of-the-art monitoring software, you or your solar energy provider will be able to spot drops in efficiency and correct them ASAP so you’re always producing at maximum capacity.

To calculate the return on your investment, you’ll need to add up the savings you racked up from your electric bills every month and compare them to the cost of installing and running your solar array.

While installations generally take an average of 4–6 years to pay for themselves, the average homeowner saves over $20,000 over the course of 20 years by switching to solar energy: 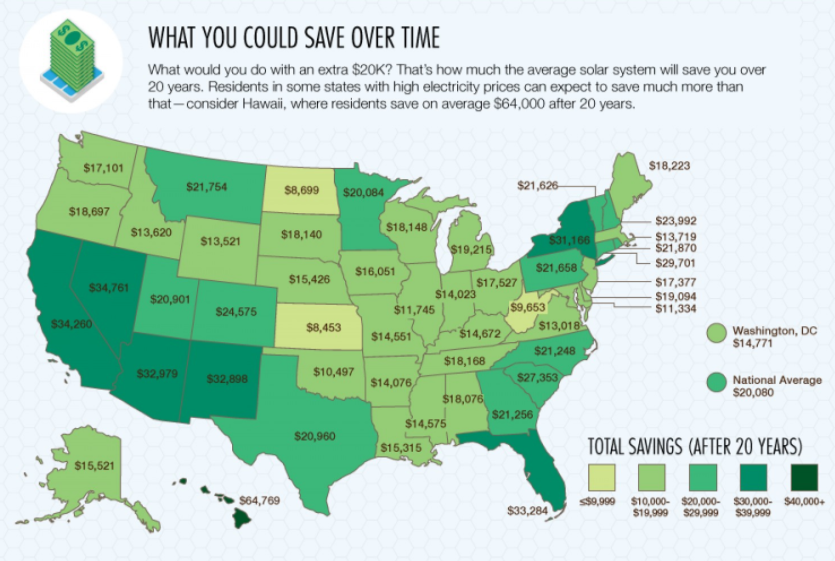 [bctt tweet=”The average homeowner saves over $20,000 over the course of 20 years by switching to solar” username=”1stLightSolar”]

Even people leasing solar panels will enjoy the discount in their electric bills and save just as much as owners every month without any of the upfront investment of installation.

People who live in states with higher-than-average electricity rates will see the biggest monthly savings, which therefore speeds up their ROI.

Be Honest With Yourself. What’s Stopping You from Switching to Solar Energy?

Change is always hard for people.

But it’s better to clarify the facts so you’re not relying on outdated information during the research stage of your solar energy journey.

Install a solar array on your property and you’ll start to enjoy the benefits of clean solar power from day one. You’ll still have access to the power grid, you’ll just be paying a lot less for the electricity and never struggle with fluctuating energy prices again.

It takes less than 10 minutes for the sun’s light to reach the Earth, and when it does, it has the power to provide electricity for the whole planet for an entire year.

We just have to harness a bit of that power to help you save money.

Click here for a free, no-obligation quote from 1st Light Energy and make the switch to solar energy today.

And to slash your home’s electric bill even more, check out this infographic of money-saving tips to make your home more energy efficient:

To learn more about solar energy, contact us. One of our solar educators can answer all of your questions.
Learn About Solar
7 Things to Look for in a Solar Energy Company

Should Your Business Switch to Solar? 9 Reasons It’s Time to Go Green
Scroll to top