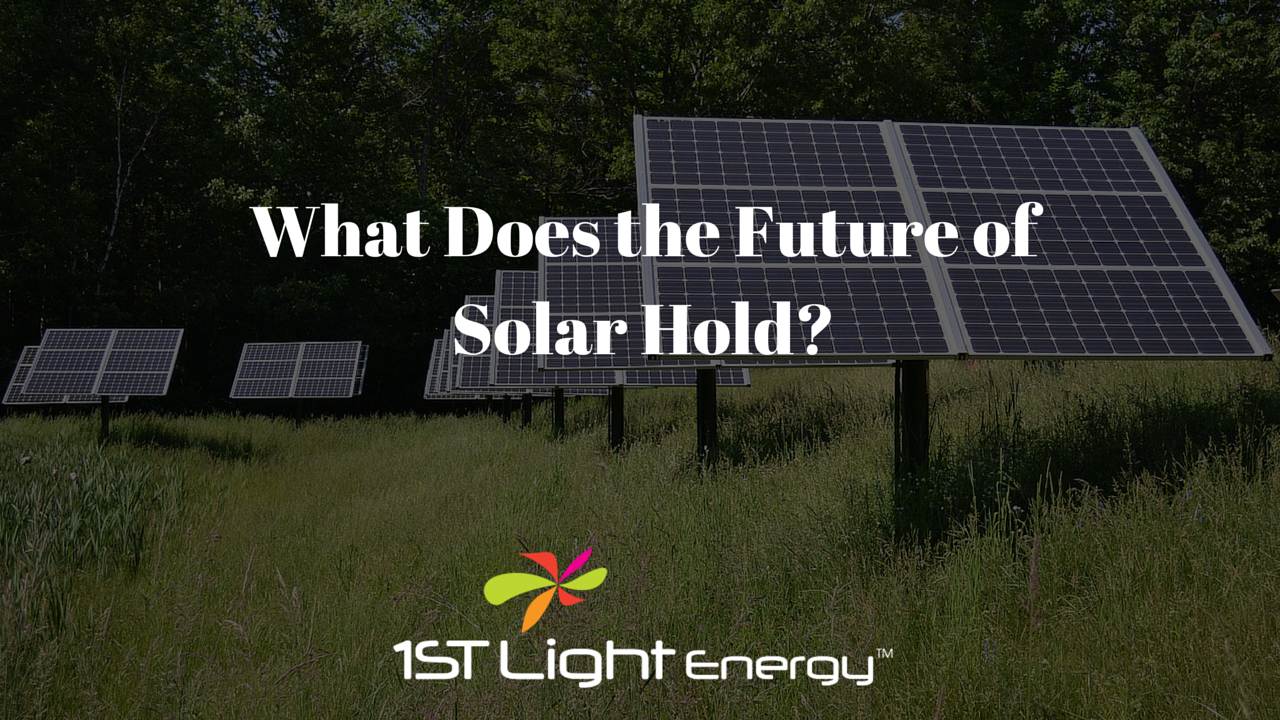 We’ve all wondered how to combat climate change and air pollution in our day-to-day lives. Relying on solar power is a great way to reduce your reliance on fossil fuels. Now that solar is affordable and attainable for the average homeowner, many ask the question, “What is the future of solar?”

Historically, the price of solar panels has prevented homeowners from adopting renewable energy on a large scale. Whatever the long-term savings associated with solar, photovoltaics were expensive and many home and property owners were unwilling to take the risk of investing in them. In the past few years, however, panels have become both cheaper and more efficient, so in addition to lower cost, homeowners don’t need to install as many of them to power their homes. Solar is already less expensive than coal and gas power in parts of Dubai, Brazil, Uruguay, and Germany, and the price is expected to keep falling.

Not only have solar panels become cheaper and more efficient, but the cost of installing them has dropped as well. The price of adding a five-kilowatt power system to the average US home fell from $32,000 in 2010 to $23,000 in 2013 even without taking subsidies and tax credits into account. Lower installation prices are largely the result of economies of scale; as more homeowners and developers buy solar panels, the unit price of installing new solar drops. 1st Light Energy has also come up with more flexible purchase plans to make it easier for just about anyone to install panels.

Besides the cost of manufacturing and installing solar, battery capacity has been a major barrier to harvesting the sun’s energy off the grid. Solar energy is intermittent in even the sunniest regions, and without adequate batteries, homeowners must use diesel or gas generators on cloudy days if they aren’t connected to the grid. Not only does this increase the practical cost of solar power, but it also lowers its environmental benefits, as switching gas generators on and off is inefficient. Without adequate storage, even the cheapest solar panels cannot replace fossil fuels.

All of this is changing, however, beginning with the rise of electric cars. Automakers like Tesla and Nissan have long sought to develop cars that can run entirely on electricity, which means investing in new batteries. Their investment has paid off more quickly than expected, with battery prices plunging from $550 per kilowatt hour in 2011 to $450 today. Though primarily designed to power cars, these batteries can also be installed in homes. Tesla has already sold hundreds of 10 kilowatt hour batteries to homeowners for $13,000 each. Off the grid solar is becoming an increasing reality.

Thanks to these advances, solar power is a better investment than ever, and many homeowners will be able to rely entirely on off-grid solar panels within the next ten years. The speed at which homeowners adopt solar, however, depends on how quickly we can overcome some of the remaining barriers, including:

Cheers to how far we have come in clean energy generation! And here’s to an even more promising future!

To learn more about solar energy, contact us. One of our solar educators can answer all of your questions.
Learn About Solar
What Health Concerns Come With Installing Residential Solar Panels?